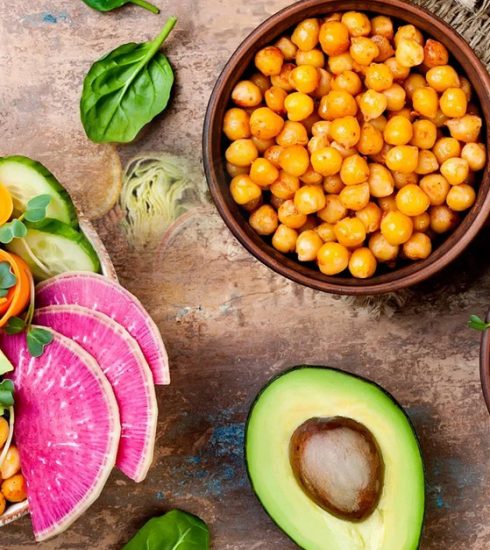 Many vegan foods are rich in plant-based protein, which doesn’t have the harmful health effects of animal-derived protein.

Given how healthy plant-based foods can be, it’s no wonder that more and more world-class athletes and other famous names are opting to eat vegan.

Check out some of the health benefits below:

Vegan foods are rich in the nutrients your body needs.

You can get all the nutrients you need from a healthy, balanced vegan diet rich in wholefoods including fruits, vegetables, pulses, grains, nuts, and seeds. Several studies have reported that people who eat vegan tend to consume more fibre, antioxidants, potassium, magnesium, folate, and vitamins A, C, and E.

Eating vegan helps reduce our risk of suffering from cancer and other diseases.

A recent study suggests that eating vegan can help reduce our risk for disease, as plant-based foods are packed with petrochemicals – including the powerful antioxidants found in fruits and vegetables. Researchers found that vegans had higher concentrations of antioxidant carotenoids, a higher proportion of total omega-3 fatty acids, and lower levels of saturated fatty acids than non-vegans, all of which are linked to positive health outcomes.

Vegan food can boost your mood.

It’s a given that following a compassionate lifestyle that avoids harming animals will give you a clearer conscience, and studies show that vegans may actually be happier than meat-eaters. In fact, vegans and vegetarians had better scores on depression tests and mood profiles than those who ate fish and meat.

Eating vegan can help you achieve a healthy body weight.

Vegan foods tend to be lower in calories than animal-derived ones, making it easier to achieve a healthy body weight actively focusing on cutting calories. Most vegan foods contain significantly less saturated fat than animal “products” do, and many studies have shown that vegans tend to have lower body mass indexes than non-vegans.

Eating vegan can reduce the pain of arthritis.

Studies have shown that a diet high in healthy vegan foods can help reduce the symptoms of arthritis, since consuming animal-derived foods is linked to pain-causing inflammation. Eating probiotic plant-based foods such as fermented vegetables and non-dairy yogurts with live cultures can boost the good bacteria in the large intestine, also helping to boost nutrient absorption and reduce inflammation.