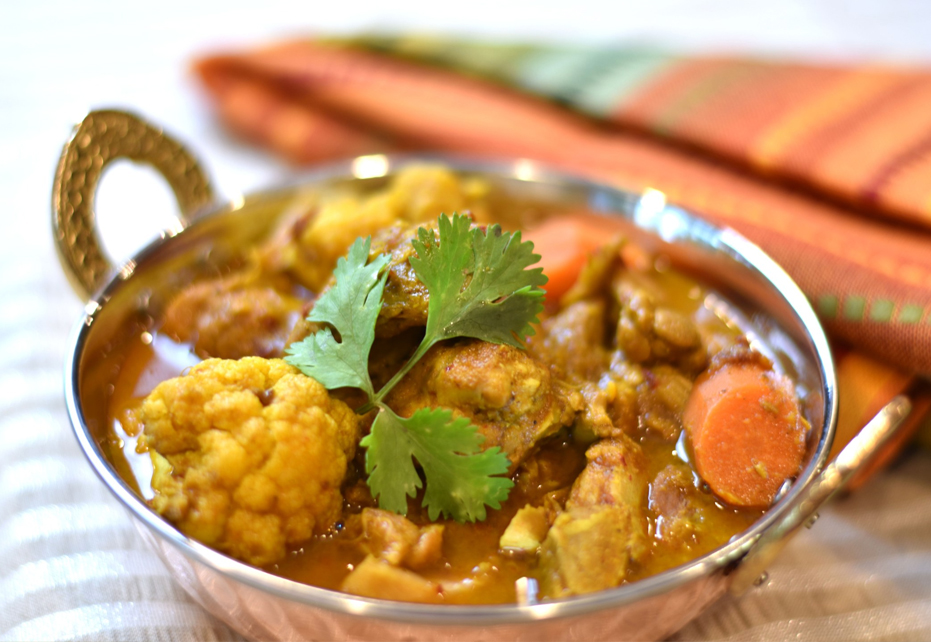 What is a vindaloo

A vindaloo is a vibrant, spicy, tangy, sweet and salty dish of a meat (traditionally pork, although chicken versions appear to be seen more widely on the web now) cooked in a fragrant sauce of spices like coriander, cumin, mustard, red chili peppers, garlic and vinegar.

The dish is believed to have originated from a Portuguese dish, carne de vinha d’alhos, or meat cooked in wine (vinha) and garlic (alho). Vindaloo was an Indian corruption of that term and it stuck, perhaps because it was easier to pronounce.

There is a common misconception that the “aloo” in “vindaloo” stands for potatoes. That’s not only a bit simplistic, but “aloo” is a Hindi/Punjabi word for potatoes and not one used in Goa (where potatoes are called “batate” or “batato” in the local language, Konkani). Meat vindaloo recipes do not usually have potatoes in them, although I do frequently use them in my vegan version because hey, they are delicious.

Vegan Vegetable Vindaloo is my meatless take on a spicy pork dish created in Goa, India, at a time when the state was colonized by the Portuguese. Chunky veggies like mushrooms, cauliflower, potatoes and onions are drowned in a flavorful sauce of spices and an ingredient unusual to most Indian, but not Goan, cuisine: vinegar.

Vindaloo is a dish that sprang from the belly of Goa, a lush paradise along India’s scenic west coast.

When the flower children went east, this is the land where many found the spiritual fulfillment they were seeking. Not surprising because not only is Goa indescribably gorgeous, but it was home to inclusive, diverse, happy people steeped in the intoxicating culture of “susegado” — taking it easy. The locals joked that there were three things Goans do best: khavap, pivap, nidap. Or eat, drink, and sleep.

The drinking, of course, refers to Feni, a popular homestyle liquor that runs thicker than blood in many veins here and that is brewed from the quirky, upside-down cashew fruit that grows abundantly in Goa’s emerald valleys.

My stepmother, who passed on earlier this year, was a Goan and, like all Goans, she had a fierce love for the land of her birth. Thanks to her, I developed my own fascination, and love, for this, the tiniest Indian state, where I spent many summers.

Goa played host to Portuguese colonists from the 1500s all the way until 1961 and modern-day Goa is a mix of that colonial culture and the demands of its present in a globalized India. Old, faded but magnificent Portuguese-era homes with wide verandahs and intricate iron grillwork in the windows sit on the narrow streets that were once lazy pedestrian pathways and are now clogged with noisy cars spitting out gray exhaust. The beaches, once strewn with Goans and hippies who assimilated effortlessly with the locals, are now consumed by expensive resorts accessed by a privileged few. Young people leave homes tucked in scenic valleys dotted with mango and jackfruit orchards to work at the many call centers that have sprung up around the state.

Despite the changes, Goa’s charm is hard to smother, as is the delightful nature of its diversity. The state has large populations of both Hindus and Christians who speak the same language, Konkani, with vastly different accents. Churches like the Basilica of Bom Jesus are as much at home here as the colorful domes of the Mangeshi temple. In fact, Hindus and Christians. as I remember, would cross-worship at both churches and temples with unbridled gusto. “The more gods to get blessed by, the merrier,” my Goan aunt, Vilas maushi, an avid temple- and church-goer herself, once explained very logically.

The cuisine of Goa– or rather the cuisines– are just as diverse and delightful. Both the Hindus and the Christians cook a good deal with rice and coconut but they cook these ingredients up into vastly different dishes. Because Goa is along the coast, fish figures prominently in both cuisines, although Christians in Goa, whose food absorbed stronger Portuguese influences (because of large scale conversions by the colonizers), use pork just as frequently in dishes like Feijoada, Cafreal and Xacuti.

The vindaloo I have for you today is a classic Goan Christian dish, and it is arguably one of the state’s best known foods. But this is, of course, a vegan version, although it is no less tasty.

For the masala marinade paste 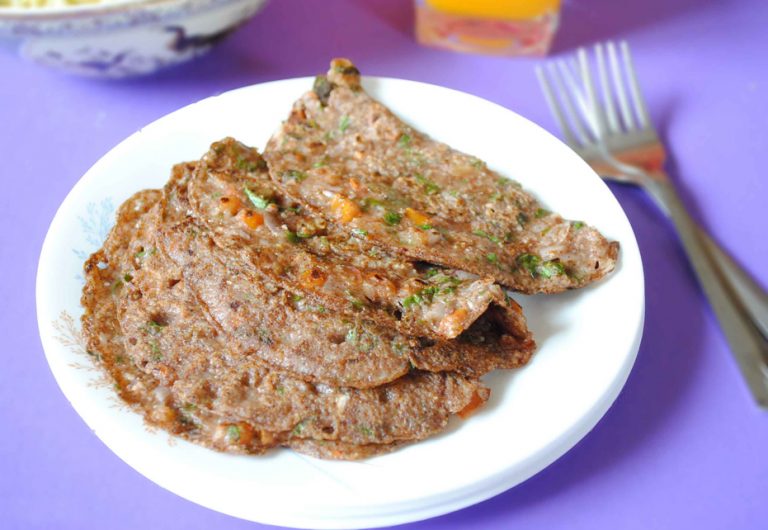 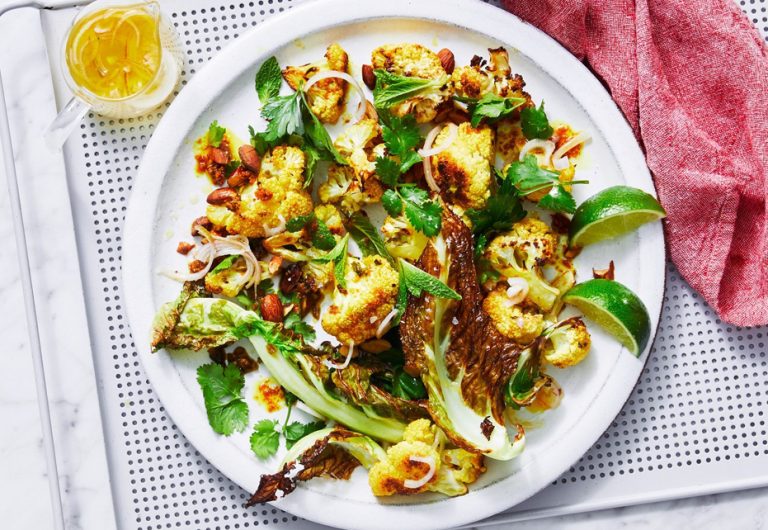 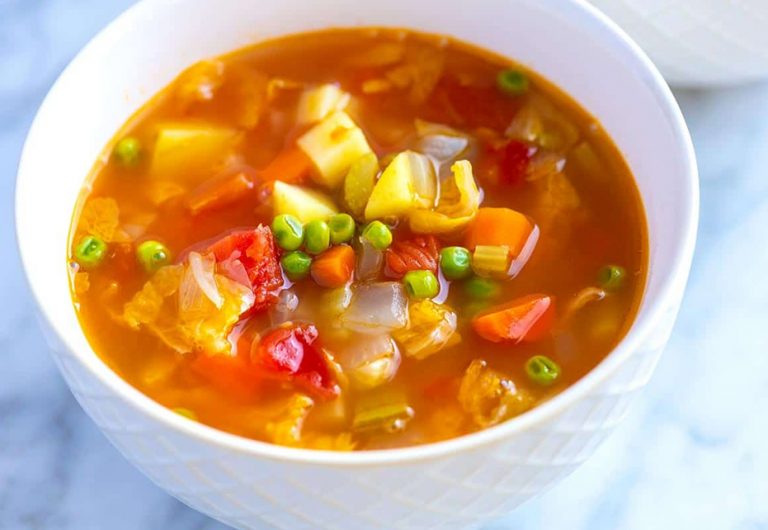