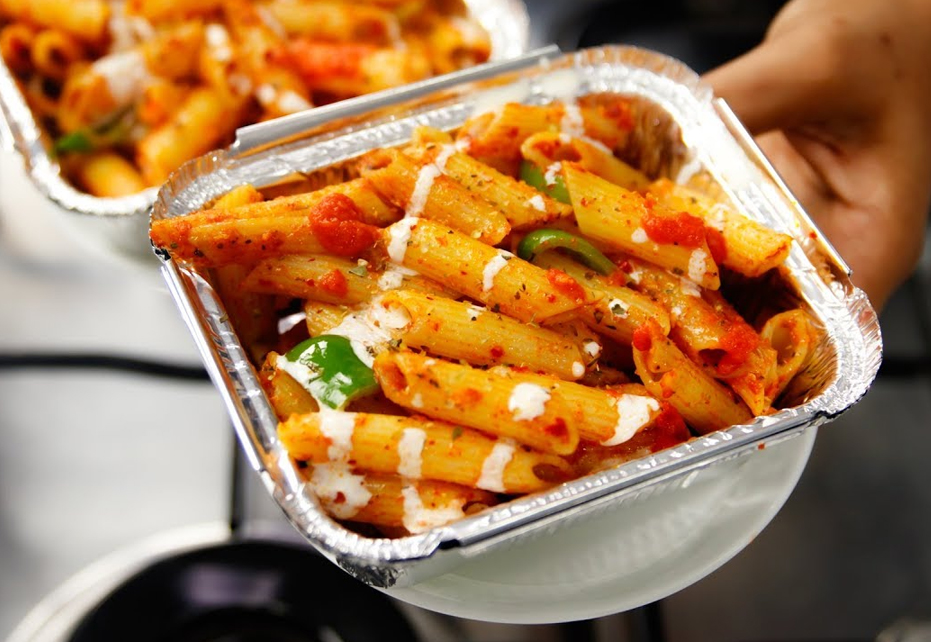 Masala pasta is an irresistibly delicious Indian street-style food. If you love pasta, and if you love Indian food, you need to try this recipe. A bright red tomato sauce seasoned with cumin and garlic and mellowed with cashew cream makes every bite one to remember. A vegan, soy-free recipe, can be nut-free.

Indo-Italian fusion food may be a newer concept than Indo-Chinese, but it’s arrived and it’s here to stay, with recipes like this Masala Pasta which has become popular, in all its brilliant glory, on the streets of cities like New Delhi and Bombay.

We Indians — and Indian born — are the ultimate snobs when it comes to food. Even when we actually admit to liking a foreign cuisine (and it’s not often that we do so, at least not collectively), we don’t just adopt it as is. Operating with an implicit but unshakable belief that we can make anything taste better, we set out to adapt it to our spice-loving tastebuds.

In other words, we smother it in masala, sprinkle on a liberal quantity of chili pepper, and then, if possible, top it off with a tadka of more spices. (We even made McDonald’s, which resisted vegetarian offerings here in the United States long after other fast food chains had jumped on the wagon, cook up McAloo Tikki Burgers and Aloo Naans for us before they could set up shop in India).

If you want to learn how to make Indian style masala pasta, and if you think you know all there is to know about the Italian kind, you’ve got a huge surprise — and lots of education — coming your way. 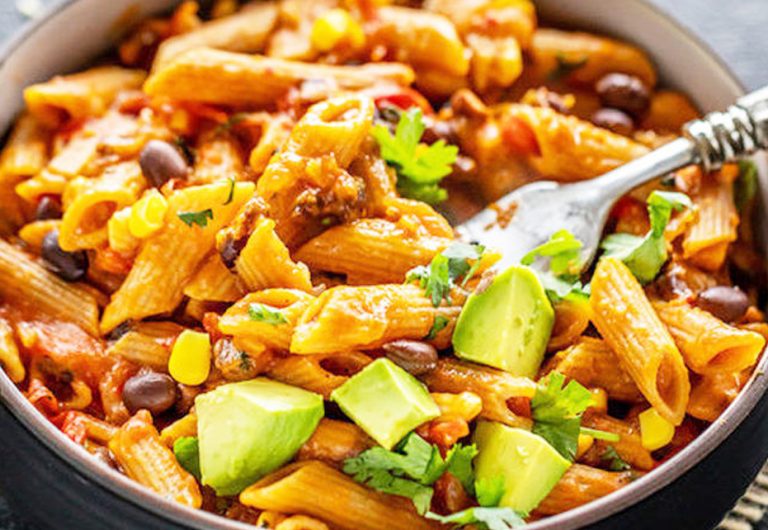 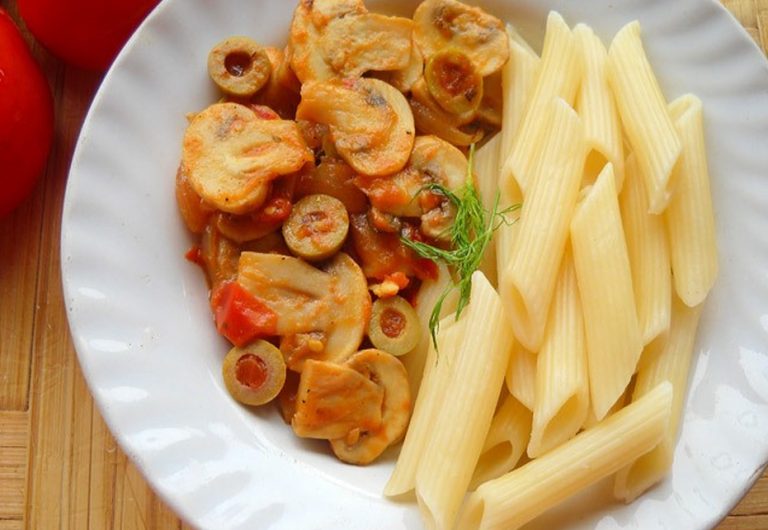 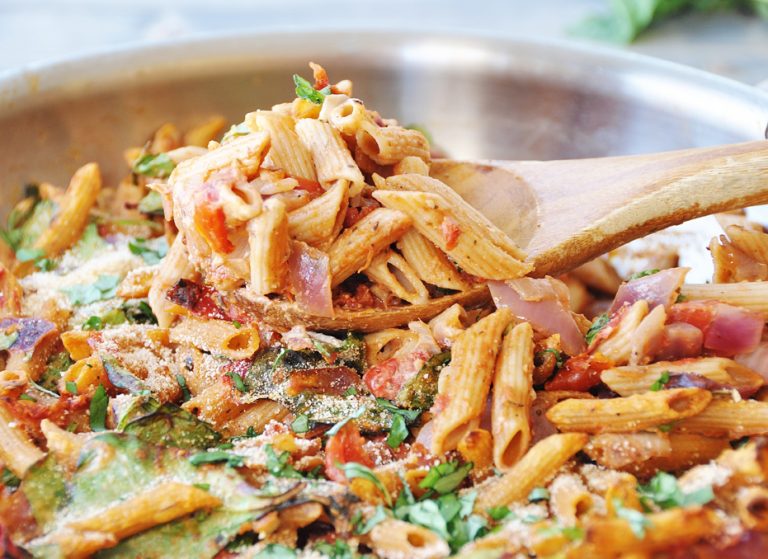